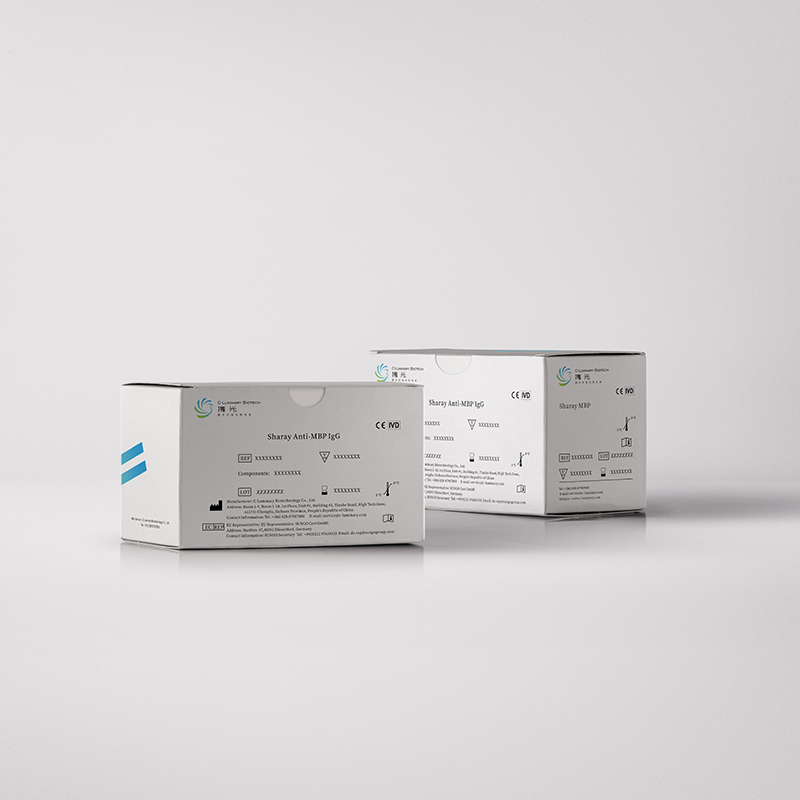 AQP4 is a water specific transporter mainly found in astrocytes of the CNS, but also in the kidney (collecting duct), lung (bronchial epithelial cells), stomach (gastric parietal cells), various glandular epithelia and skeletal muscle. AQP4, the most abundant water channel in the CNS, is a homotetramer that is anchored to the surface of astrocytes via the dystroglycan protein. Among all the inflammatory demyelinating diseases of the CNS, AQP4 is the first choice for distinguishing NMO and MS from other inflammatory diseases (specificity>95%). Since the MRIs of patients’head with early NMO are usually unremarkable, serological testing for AQP4 can be helpful in guiding treatment and prediction early. The positive rate of AQP4 was 40% in patients with longitudinally extensive transverse myelitis (LETM) and 20% in patients with optic neuritis (ON). In patients with clinical alobar syndrome (ON or LETM), positivity for AQP4 suggests an approximately 50% probability of developing CNS demyelination within 1 year.

MOG antibody diseases have gradually emerged in people’s horizons in recent years. MOG (myelin oligodendrocyte glycoprotein) is a glycoprotein with a molecular weight ranging from 26 to 28 kDa. It is specifically expressed on the outermost myelin layers and oligodendrocytes of the mammalian in CNS and shows a high degree of conservation across species, where it can serve as a marker of oligodendrocyte maturation and is involved in a variety of biological activities such as the regulation of microtubule stability, the complement classical pathway. Initially, researchers identified MOG as a target of demyelinating antibody in a guinea pig model of experimental autoimmune encephalomyelitis (EAE).

MBP is detected in the serum or CSF of MS patients, but that does not explain whether these autoantibodies are directly involved in the pathogenesis of MS demyelinating injury or are produced only after CNS associated tissue damage. It is clear that antibody in MS patients can cleave MBP polypeptides and cause myelin damage, and these myelin antibodies, mostly of the IgG1 type, can activate complement, inducing antibody dependent cell-mediated cytotoxicity.