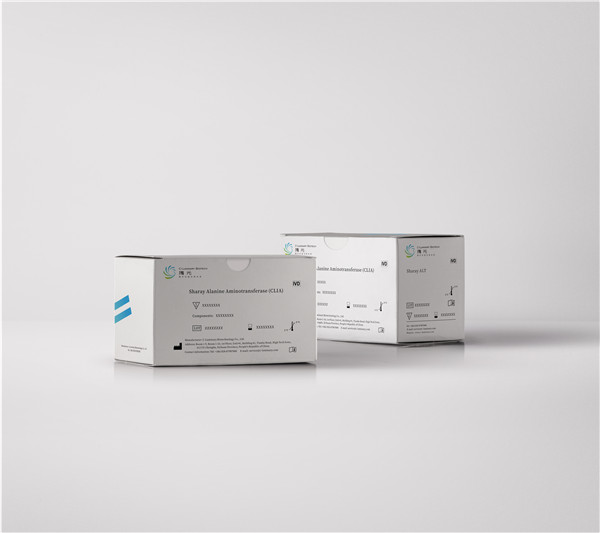 Alanine aminotransferase, a kind of transaminase, is often used in the experimental diagnosis of liver diseases and is a sensitive indicator reflecting liver injury. In various acute liver injuries, serum (plasma) ALT can increase sharply before the clinical symptoms (such as jaundice) appear, which is generally parallel to the severity and recovery of the disease.

AST is found in a large number of tissues, such as heart muscle, liver, skeletal muscle and kidney. Elevated AST levels are associated with myocardial and skeletal muscle damage, as well as liver tissue damage.

AST and ALT are sensitive indexes for the diagnosis of hepatobiliary diseases.

Bilirubin is the degradation product of hemoglobin, when a large amount of hemoglobin degradation, can increase the total bilirubin in serum. Clinical go up to go up of total bilirubin heighten to see at virus sex hepatitis, toxic hepatitis, inside liver or biliary obstruction outside liver, hemolytic disease, newborn physiology icteric. The determination of total bilirubin in serum can assist in the diagnosis of liver disease and biliary obstruction. Elevated levels of direct bilirubin, also known as conjugated bilirubin, indicate impaired excretion of bilirubin from the biliary tract after hepatocyte treatment. Direct bilirubin determination is helpful in the diagnosis and differential diagnosis of jaundice types.

ALP determination is mainly used for the experimental diagnosis of hepatobiliary diseases and bone metabolism related diseases. Serum ALP increased slightly to moderate in acute hepatitis (viral and toxic), significantly in cholestasis caused by cirrhosis and cholelithiasis, and more significantly in extrahepatic biliary tract obstruction, and the degree of elevation is often positively correlated with the degree of obstruction.

γ –glutamyl transferase is abundant in the kidney, pancreas, liver and other organs, mainly involved in protein metabolism in the body. It is a very important clinical biochemical index in the auxiliary diagnosis and treatment of liver/biliary system diseases and alcoholic hepatitis.

In clinic, the determination of serum cholinesterase activity is an important means to help diagnose organophosphorus poisoning and evaluate liver substantial damage.

Albumin, also known as albumin, is produced by liver parenchymal cells and is the most abundant protein in plasma. Alb can maintain plasma colloid osmotic pressure and is the binding and transport protein of many important substances in plasma. The quantitative determination of albumin is helpful for the diagnosis and monitoring of liver diseases such as cirrhosis. In addition, it can also reflect the health and nutritional status of individuals, so it can be used for the diagnosis of malnutrition and the evaluation of the prognosis of elderly hospitalized patients.

Serum Cholyglycine (CG) is one of the conjugated cholic acids formed by the combination of cholic acid and glycine. Glycholic acid is the most important component of bile acid in serum during the third trimester of pregnancy. When liver cells are damaged, their ability to take up CG decreases, resulting in increased CG levels in the blood.

α -L-fucoidase is a lysosomal acid hydrolytic enzyme, widely present in human tissue cells, blood and body fluids, involved in the metabolism of glycoproteins, glycolipids and oligosaccharides. It is one of the markers of primary liver cancer.

Serum ADA increased in liver disease and normal in obstructive jaundice, so it may be helpful to identify jaundice in combination with other liver function indicators.

Prealbumin is a serum glycoprotein synthesized by liver cells.

PA is involved in the transport of thyroxine and retinol in serum. Because the half-life is very short, it is used to observe the early diagnosis index of impaired liver function and nutritional deficiency, and it is also a sensitive negative phase reactive protein in acute.

5′ -nucleotidase (5 ‘-NT) is a kind of nucleotide hydrolyase, which exists widely in human tissues. Serum 5-NT increased mainly in obstructive jaundice. Serum 5-NT changes are usually parallel to ALP, but not associated with skeletal diseases.

Monoamine oxidase is involved in the production of collagen fibers, so it is often elevated in some fibrotic diseases. Determination of enzyme activity in serum can reflect its activity in connective tissue to understand the degree of tissue fibrosis. LAP is a protease that is abundant in the liver.

LAP activity was significantly increased with intrahepatic and intrahepatic biliary stasis, especially in malignant biliary stasis, and continued to increase with disease progression. The reagent is valuable in the diagnosis of hepatic obstruction and pancreatic cancer.