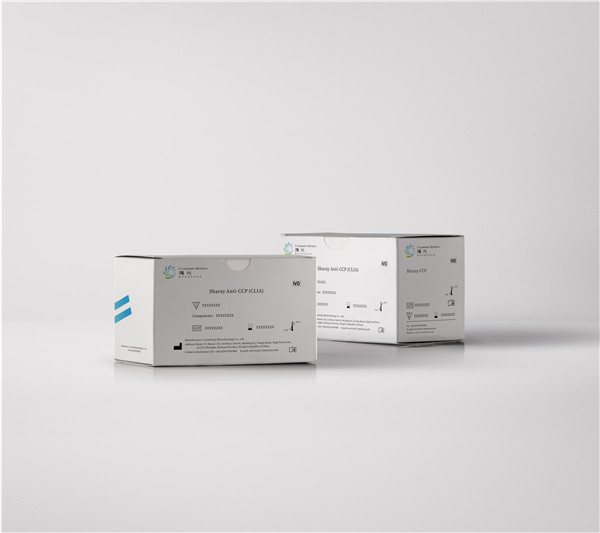 There are many proteins in serum, they come from tissue cells, are functional proteins contained in serum, performing various functions, many diseases can cause changes in serum proteins. Common specific proteins include ASO, RF, CRP, IgG, IgM, IgA, C3, C4, etc.

There are many proteins in serum, they come from tissue cells, are functional proteins contained in serum, performing various functions, many diseases can cause changes in serum proteins. Common specific proteins include ASO, RF, CRP, IgG, IgM, IgA, C3, C4, etc.

ASO assay is very valuable for the diagnosis of type A streptococcus infection, and its presence and content can reflect the severity of infection. ASO began to increase 1 week after type A streptococcus infection, and reached A peak 4-6 weeks later, which lasted for several months. When the infection subsided, ASO decreased and returned to normal within 6 months. If the ASO titer did not decrease, it suggested that there might be recurrent infection or chronic infection. The gradual increase of antibody titer is of great significance for diagnosis. The gradual decrease of antibody titer indicates remission of the disease. ASO of rheumatic fever, acute glomerulonephritis, erythema nodosum, scarlet fever and acute tonsillitis were significantly increased.

Detection of RF is of great significance in the diagnosis, classification and therapeutic effect of rheumatoid arthritis. The detection rate of RF in patients with rheumatoid arthritis is very high. Positive RF supports the tendentious diagnosis of RA in early stage, such as the differentiation between RA and rheumatic fever in young women. The diagnosis of non-active RA should refer to the history. In RA patients, the titer of RF was positively correlated with the clinical manifestations of the patients, that is, the titer increased with the exacerbation of symptoms.

C-reactive protein refers to some proteins (acute proteins) that rise sharply in plasma when the body is infected or tissue damaged. CRP can activate complement and strengthen the phagocytosis of phagocytes and play an optonizing role, thus removing pathogenic microorganisms and damaged, necrotic and apoptotic tissue cells from the body and playing an important protective role in the natural immunity of the body. CRP has been studied for more than 70 years. Traditionally, It is considered as a non-specific marker of inflammation. However, in the past decade, studies have revealed that CRP is directly involved in inflammation and atherosclerosis and other cardiovascular diseases, and is the strongest predictor and risk factor of cardiovascular diseases.

Immunoglobulin G(IgG) is the main Immunoglobulin in the body, accounting for 70 ~ 75% of the total Immunoglobulin. The quantitative determination of immunoglobulin in serum is very important for the diagnosis, monitoring and prognosis of chronic liver disease, infectious diseases, lymphocytosis, multiple myeloma, primary and secondary immunodeficiency.

About 10% of immunoglobulin in serum is IgA, which is similar to IgG in monomer form and structure, but 10-15% of IgA in serum is polymeric. Another form of IgA, called secretory IgA, is found in tears, sweat, saliva, milk, colostrum and gastrointestinal and bronchial secretions. The determination of immunoglobulin A in serum is very important for the diagnosis, monitoring and prognosis of chronic liver disease, infectious diseases, lymphocytosis, multiple myeloma, primary and secondary immunodeficiency.

Immunoglobulin M(IgM) is the earliest type of immunoglobulin and the only immunoglobulin synthesized in neonates. In adult serum, it accounts for 5 ~ 10% of the total circulating immunoglobulin. Most IgM in serum are pentamers of five monomers. The molecular weight of each monomer is 185KD, and each monomer is bound by a J chain. IgM is a potent complement activator that has a strong affinity for bacteria and red blood cells and plays an important role in preventing G-bacterial infection. The quantification of immunoglobulin in serum is very important for the diagnosis, monitoring and prognosis of chronic liver disease, infectious diseases, lymphocytosis, multiple myeloma, primary and secondary immunodeficiency.

Complement C3(Complement 3, C3) is an important component of Complement system and participates in the activation of classical and bypass pathways. The determination of C3 is an important indicator for the diagnosis of immune diseases such as lupus nephritis, allergic reaction and inflammation. Since C3 is produced by the liver, the determination of C3 is also helpful for the monitoring of severe liver diseases. The detection of anti-CCP antibody is highly specific for the diagnosis of rheumatoid arthritis and can be used for the early diagnosis of RA.

In addition, anti-CCP antibody is not only an early diagnostic indicator of RA, but also a sensitive indicator to distinguish between invasive and non-invasive RA. Antibody-positive patients are more likely to develop severe joint bone destruction than antibody-negative patients. Combined detection of cRF and CCP antibodies will significantly improve diagnostic sensitivity.

Sialic acid is usually present as oligosaccharides, glycolipids, or glycoproteins. The brain has the highest amount of sialic acid in the human body. The amount of sialic acid in the gray matter is 15 times higher than in internal organs such as the liver and lungs. Sialic acid is an important component of cell membrane glycoprotein, which is related to many biological functions of organisms, and is closely related to cell malignancy, cancer metastasis, invasion, loss of contact inhibition, decreased cell adhesion and tumor antigenicity.s