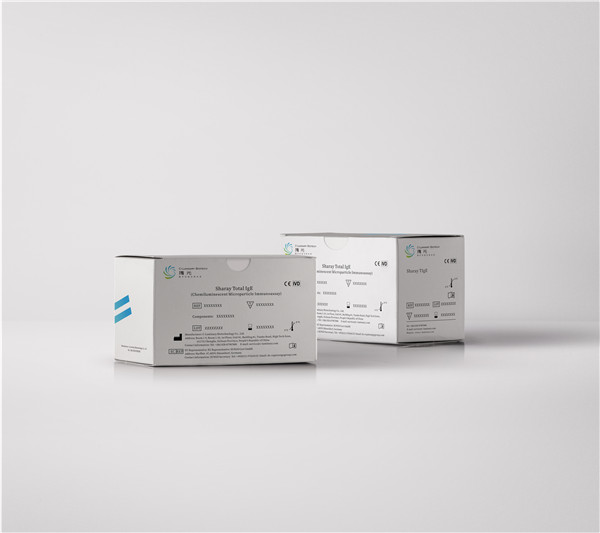 There are five immunoglobulin superfamilies, G, M, A, D, E, IgE content is the least, but and a type of immediate hypersensitivity is inextricably related. IgE usually sits on the surface of mast cells and basophils, allergens enter from the outside, and IgE immediately orders these two cells through the fc receptor. As soon as mast cells and basophils degranulate, they release many bizarre substances such as histamine, kinins, leukotrienes, and prostaglandin D2. These substances will lead to a series of hypersensitive pathological reactions, inhibiting the activity of IgE, which will effectively reduce the degree of hypersensitivity.

IgE is a type of immunoglobulin discovered in 1966 with a molecular weight of 188kD. The content of IgE in serum is extremely low, accounting for only 0.002% of the total Ig in serum. It is synthesized late in the ontogeny. IgE is mainly produced by plasma cells in the lamina propria of the mucosa, such as the nasopharynx, tonsils, bronchi, and gastrointestinal tract. These parts are often the places where allergen invasion and type I allergies occur. IgE is a cytophilic antibody, the functional regions of Cε2 and Cε3 can bind to the high-affinity FcεRI on the membranes of basophils and mast cells. When the allergen re-enters the body, it binds to IgE that has been fixed on basophils and mast cells, which can cause type I allergic reactions. The detection of total IgE can be used to assist in the diagnosis of allergic asthma, seasonal allergic rhinitis, atopic dermatitis, drug-induced interstitial pneumonia, bronchopulmonary aspergillosis, leprosy, pemphigoid and certain parasitic infections.

Commonly used methods to detect total IgE in clinic include fluorescence immunoassay, enzyme-linked immunoassay (ELISA), chemiluminescence immunoassay (CLIA). In the case of total Ige determination, avoid eating shrimp, seafood and other foods prone to allergy, so as not to aggravate the symptoms of allergy.